McWeeney and Donnelly to represent Ireland at World Pool Championships 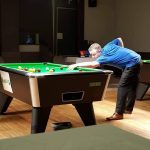 Gavins fine form seen him finish 7th in the IPA rankings this year and secure his spot on the Irish Mens A team. Recently he was involved in the new ”Masconi Style” Cup where the top 8 players in Ireland play the top 8 players from Northern Ireland. He also represented Ireland B at The Home Internationals last year, which narrowly lost in the semi final 8-7 to Northern Ireland.

The A team is very strong this year and will be looking to go one step further after they were bet in the final by England last year. Their opening match is on this Sunday 24th at 7pm against England. 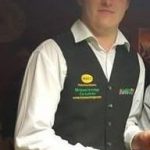 Kevins fine form sees him lining out for the U23 A team where he is joined by the wexford trio of Jordan Doyle, Jordan Synott and Adam Maher. Kevin has vast experience on International duty and has worn the Irish waistcoat on many occassions. He was an integral part of the irish junior team that won the European Championship in 2013. Their opening match is on this Sun 24th at 7pm against England B
This is a very strong Under 23 team representing Ireland and will be looking to follow in the footsteps of last years team that had a famous victory in the final beating England B 5-4 after been 4-1 down.

Best of luck to Gavin, Kevin and their team mates and hopefully they bring home some silverware